A bit of a delay

I first wrote Helen through JWed in May 2018. However, she did not respond for a few months so I thought she was not interested. (In fact, it was because she was taking a temporary break from paid membership, and thus was not responding to emails).

A few days before Labor Day 2018, my sister-in-law called me and informed me that one of her daughters (my niece Sarah) had a layover of a few hours at JFK Airport on her way to a "gap year" program in Israel. She asked me to keep Sarah company, which I agreed to do.

As I was standing around with Sarah near the JFK security area, a young lady about my niece's age (Helen's daughter) ran up to my niece and befriended her. She was studying at the same seminary program as my niece, and about 30 feet away her mother was standing around. I sort of recognized her mother- by which I mean, I thought she was probably the woman I had contacted on JWed, We had a short conversation, but because I thought she was not interested, I did not mention having emailed her.

That night Helen emailed me and explained the situation. Eventually we started dating, and on July 4 we got married! 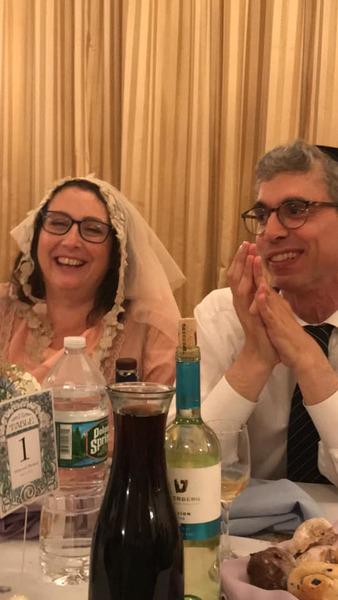